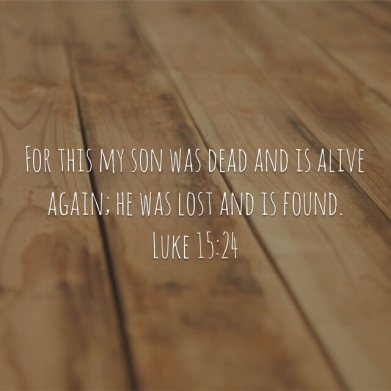 I was that teenager. I ran away more than once. I snuck out the house many times and snuck people in more times than I can count. I planned many years for the day I’d move out the house. I looked forward to college because it meant being away from the home I was raised in. I lied about where I was almost every weekend. I slept with one person one weekend and a completely different the following week. I was angry. I was hurt. I was searching for someone to take time to care about me. I wanted someone to notice me — a lost, confused, and what some called a “disturbed” girl.

For the parents with a teenager this way, I commend you. Keep praying. Never give up on your child. Even though I didn’t pray, I knew my parents were praying for me. As much as I disliked my parents growing up, I felt a sense of peace knowing they cared enough to take time to pray for me.

If there’s one piece of advice I can give, it would be this — take time to stop and listen. While you’re probably raising your teenager to the best of your ability, remember that most of the time they’re just starving for attention. Most of the time they’re just searching for you as their parent to listen. Stop trying to be their friend and be a parent that comforts your child, even when they push you away. Despite what they say and how they act, never give them doubt of your love for them.

“Train up a child in the way he should go,
And when he is old he will not depart from it.”
Proverbs 22:6 NKJV

When you teach a child about morals, your child may have a time when he/she runs from those teachings, but your child will return to what he/she was taught. For some it may take years and years and years. For others it may be a few months. The important thing to keep in mind is that it’s not about how long it takes, it’s about their return.

The parable of the prodigal son is a story that resonates within me. It’s exactly my story as well as the story of many others. We run from God thinking we know better. We make a living working at a dream job, meet lots of potential lovers, and for all intents and purposes, we seem happy. But after having all we thought we wanted, there’s still an emptiness. We will start to search for the reason why we still feel empty. It’s questions like this that you need to be ready to answer when your child starts pondering about the purpose of life.

It’s important to remember that staying in the Word is essential when praying for your child. You need to be fed spiritually while you pour yourself into prayer over your child. It’s also important to remember that God is in control. Step back and allow Him to be God. My mom has mentioned she felt she was the one in the way of me finding God. Sometimes as parents we have a tendency to want to jump in and save our children when they’re hurt or lost. But when we do that, are we preventing God from stepping in and saving them? The book of James clearly states that trials come to strengthen us. If mommy and daddy are saving their children, then those children aren’t experiencing much of a trial.

Let me clarify, it’s absolutely vital children see their parents defending them, but it’s also important to pick and choose the right battles. Learn to be attentive to the Holy Spirit about when to jump in and when to step back. The most powerful thing you can do for your teenager is pray pray pray and wait wait wait on your child to come to know the Lord in the way you’ve been praying. Have hope. Be encouraged by knowing you’re not alone. There are many other parents going through the same situation as you as well as parents that have gone through it already.

My parents dealt with three teenagers that “acted out”. Some might feel apologetic for them; my parents rejoice. They are exuberant in the fact that through the trials they faced with their children, their relationship with each other and the Lord grew.

Take this time as a growing opportunity. Press into God. Draw close to Him as the comforter. Allow Him to wipe your tears and hug you through those long nights you stay up crying for your child. He wants you and your child’s attention. He is a good God that loves your teenager and you equally. Trust Him to bring your child back. Your child may be lost, but he/she will be found.

Then He said: “A certain man had two sons. And the younger of them said to his father, ‘Father, give me the portion of goods that falls to me.’ So he divided to them his livelihood. And not many days after, the younger son gathered all together, journeyed to a far country, and there wasted his possessions with prodigal living. But when he had spent all, there arose a severe famine in that land, and he began to be in want. Then he went and joined himself to a citizen of that country, and he sent him into his fields to feed swine. And he would gladly have filled his stomach with the pods that the swine ate, and no one gave him anything.

“But when he came to himself, he said, ‘How many of my father’s hired servants have bread enough and to spare, and I perish with hunger! I will arise and go to my father, and will say to him, “Father, I have sinned against heaven and before you, and I am no longer worthy to be called your son. Make me like one of your hired servants.”’

“And he arose and came to his father. But when he was still a great way off, his father saw him and had compassion, and ran and fell on his neck and kissed him. And the son said to him, ‘Father, I have sinned against heaven and in your sight, and am no longer worthy to be called your son.’

“But the father said to his servants, ‘Bring out the best robe and put it on him, and put a ring on his hand and sandals on his feet. And bring the fatted calf here and kill it, and let us eat and be merry; for this my son was dead and is alive again; he was lost and is found.’ And they began to be merry.”
Luke 15:11-24

One thought on “To the parents of “disturbed” teens”

Thank you @divinedemigoddess for waking me up this morning to this sweet memory! 🥰 I miss you my sweet honey pie. 🌞😘 I hope Bali is treating you well!
Happy Thanksgiving from us! Today (and every day), I’m incredibly grateful for this silly, compassionate, handsome young man. God knew Isaac would be the one to break my heart of stone and unlock the prison my emotions were trapped behind. I wouldn’t want it any other way. 💕 #IsaacAdaiah
• Current read • Pictures don’t do this @chilternpublishing classic justice! The beautiful floral intricacies and golden gilded edges could never be captured in a photograph. Jane Eyre slipped through my selection of reading growing up (I know it’s baffling!). So, please excuse me while I hibernate and read a much anticipated classic that I’ve put off for far too long. 📖
So, so thankful for this big-hearted sister of mine! I don’t know where I’d be without your constant companionship, your push to pursue the Lord, and our deep conversations about life. I’m so grateful for you, @chan_m03! 💜
Get you a friend that tells you to spend all of your money on art and plants. They’re the best kind of friends. 😏 @sasha_lauren_ #artsgoggle
When your child is supposed to be asleep and you catch him reading a book instead. 🤦🏼‍♀️😅 #IsaacAdaiah #booklove